These are maps showing the evolution of the Gazan fishing zone since 1994.

2) The second one made by OCHA shows the situation in July 2005, with the fishing zone restricted to 10 nautical miles, even less than the 12 n. miles of the Bertini agreement (2002), and a special restriction of 8 n. miles and only for 5 and a half hours per day, at the Mawasi area. 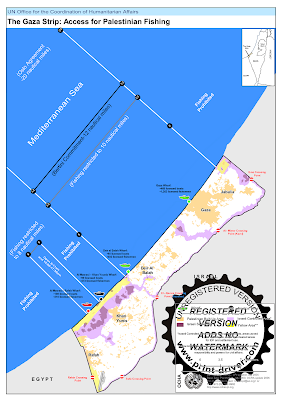 3) The third one made by PASSIA shows the situation in 2007 after the Israeli Navy have further restricted the Gazan fishing zone to only 6 n. miles since October 2006. 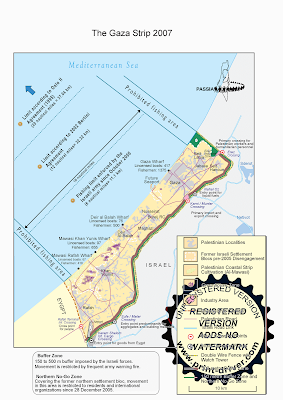 4) Since the end of the December 2008 - January 2009 massacres, the Israeli occupation has further reduced the limits, "officially" to 3 n. miles but in fact, the Israeli Navy is attacking the fishermen and other Palestinian civilians, including children, even on the shore. For the moment there is no map available showing the "official" limit of 3 n. miles. The sketch given to abducted Palestinian fishermen only shows them the geographical limits of the K zone in the north without specifying how far from the coast they can go. 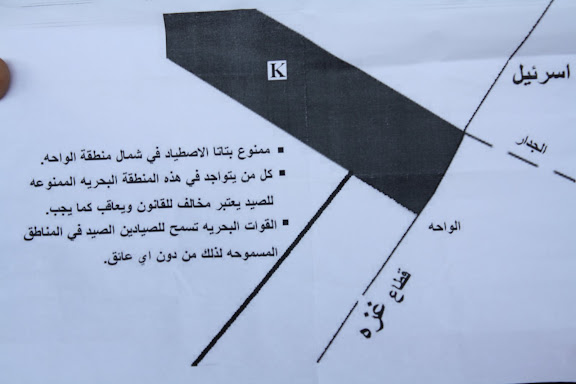